Soccer, baseball, karate, tennis: the usual sports. My boys have played soccer since they were 6 and baseball since they were 7. They started karate at age 5, play tennis during the summer, and even snowboard when there’s snow, which when you live in California during the worst drought on record, at best they are occasional snowboarders. Their dad and I grew up playing sports, so they play sports.  But basketball isn’t my thing, nor is their dad’s thing, and we just never got around to introducing the boys to this foreign sport. Until now.

Turns out, my boys like basketball.   My 11 year-old son, who didn’t even want to play basketball a few weeks ago, asks to go shoot hoops, if that’s what it’s called.  His 11 year-old twin brother loves the constant action of the game. I am amazed and quite pleased to see how quickly they have picked up this new sport with only one practice and three games.  But, what really counts, is this: I love watching their games!

There are no cringe moments, like when your son swings and misses and strikes out. Seriously, is there any worse sports moment for a parent then when your child strikes out? Repeatedly? (Because, surprise, turns out they need glasses?) With basketball, players lose the ball, get it back, shoot and miss, and sometimes  shoot and score.  It’s all in a nice, cringe-free flow.

From a foundation level, basketball is a relatively easy sport to learn.  Bouncing the ball is probably the toughest part, whereas the passing is fairly simple and the shooting happens so often, they get plenty of opportunities to hone this skill, unlike baseball where a kid is lucky to get up to bat three times in a game.  I will admit to investing 10 minutes of online basketball research, where I learned there is more than dribbling, shooting, and passing; those were the top three skills listed and the teacher in me mentally chunks skills into smaller, meaningful units.

Now, I am not ready to declare basketball my new favorite sport, particularly because I seem to be the only parent in the bleachers cheering every shot, every rebound, and every take-away. Is this wrong? While I’m not ready to don a Warriors jersey and watch a game on TV,  I am enjoying watching my boys learn a new sport with eagerness and enthusiasm – they are the eager and enthusiastic ones, and me, well I am well entertained for forty minutes each Saturday. 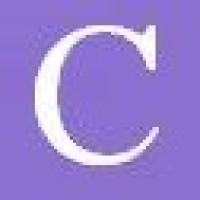